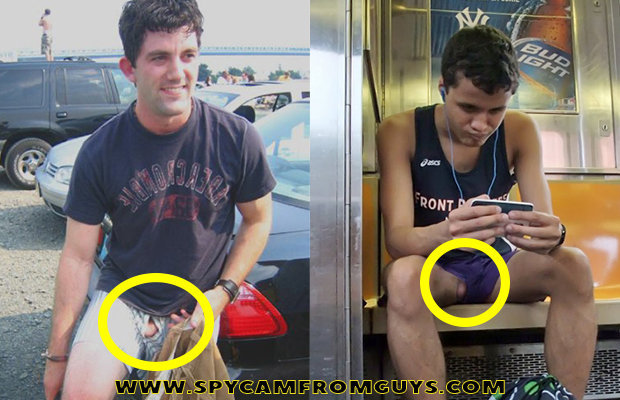 I do believe we have much more possibilities to catch guys’ dick slips in Summer: dudes wear shorts most of the time and some of them also love to go freeballing, so a dick slip is always around the corner. I think you’ll love to see a guy sitting on the seat in front of you and accidentally showing his dick or nuts. It could happen quite frequently and this is definitely one of the hottest things for voyeurs like us 😉

I’ve gathered some nice candid pictures for you: you can see four different situations where boys accidentally expose their cocks in public places and not only that.

Dick slip from a guy on the subway

This Spanish guy is sitting on the train and he’s watching his mobile phone, but he didn’t realize that his dick is popping out of his shorts. 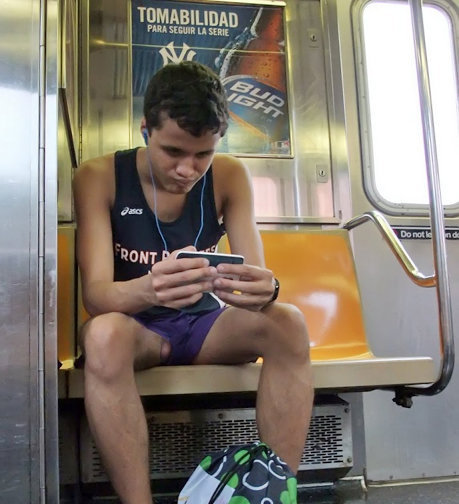 Cock slip from a sleeping guy

Okay this guy has not been caught in a public place, and you’re used to see guys caught sleeping completely naked, but I think this is a very hot picture. I do believe that this dude got a boner while dreaming on his bed and his room mate took him a candid picture when his dick popped out of his undies! 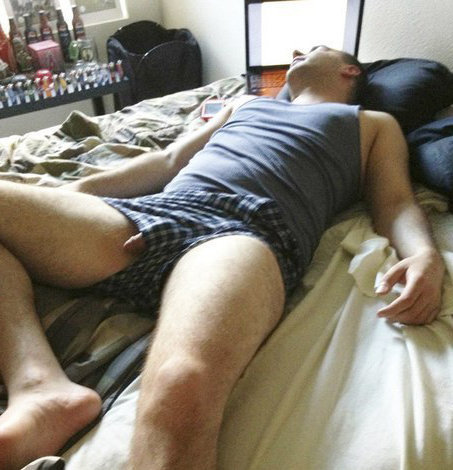 This handsome guy has been secretly photographed while undressing next to his car. I love these large cotton boxers, it’s very easy to see guys’ cocks! 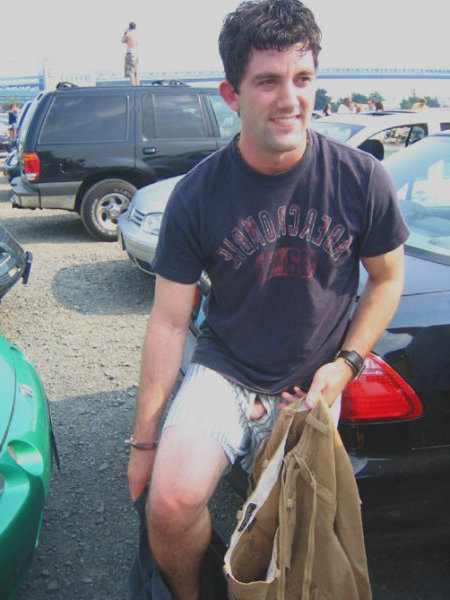 His cut dick is popping out

I saved this picture for the last, as I was in two minds about posting it or not. Now I’m quite sure this is an accidental dick exposure, but I’d love to hear from you about that, so feel free to post your comments in the area at the end of this article.

This nice smiling dude is relaxing by the pool of a hotel and he asked his friends to take him a picture as he got something in his hands to show. But he also has a nice big dick to show, as it is popping out of his shorts. 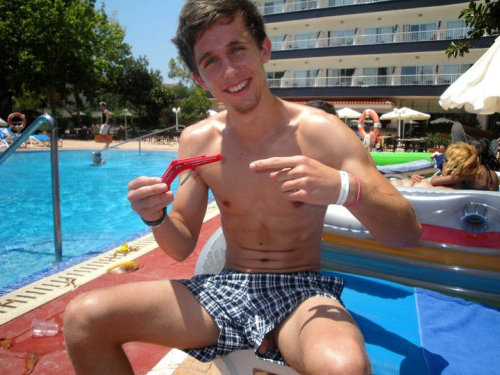 Wanna see more candid pictures and videos? Do you like to see accidental male nudity and exposures from innocent guys? Now, can I recommend you to visit EricDeman video library? It’s the best and biggest spycam archive, and I know that you’ll find exactly what you’re looking for!