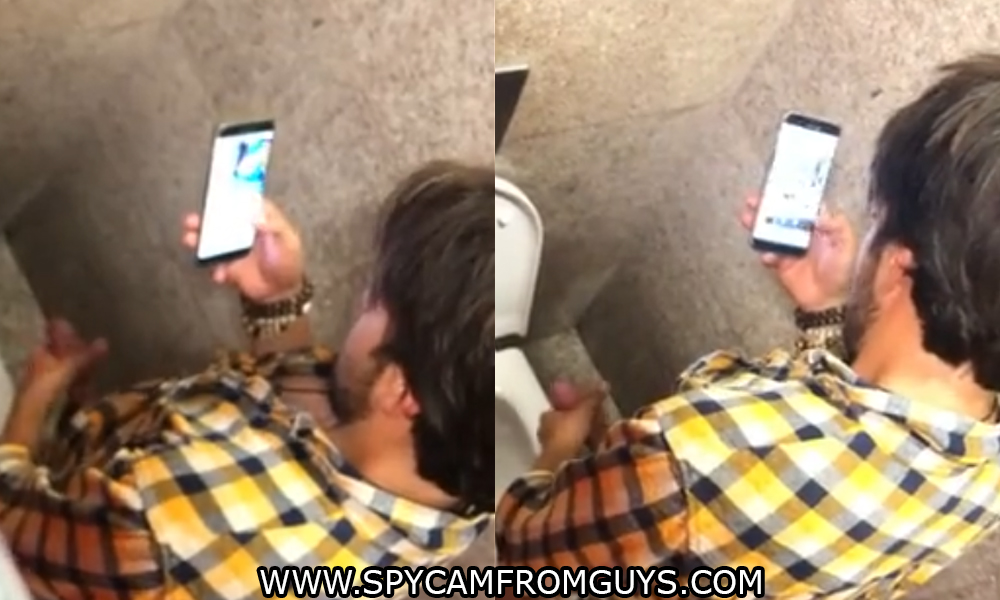 This morning I was out for a journey and as always I stop off at the men’s bathroom in a service area to urinate before continuing on my journey, but more for the chance to sneak a peek at some horny men who may be standing next to me at the urinal. The public bathroom back then was very large with about 15 urinals all lined up against one wall and about 8 private toilet stalls directly behind you facing the urinals. I walked in and proceeded to position myself somewhere in the middle of the urinals to get a good view left and right of me. I unzipped my jeans and pulled my cock out and waited. I usually never urinated too quickly as it may look suspicious if I was all dried up and still standing there when someone stood by next to me: this is the first rule to respect when you go cruising or spying in public toilets. I hoped to see some handsome dudes exposing their cocks at the urinals, but the thing that mostly caught my attention was a strange noise coming from one of the stalls. It was some kind of scraping sound and I immediately realized that one guy was jerking off in a toilet. I waited for a while standing in front of a urinal, then I went to the washbasin to wash my hands. I stalled a bit, I was so curious to see the face of that dude who was wanking his cock so vigorously in the public toilet. After a few moments a guy came out of the toilet, he had a strange expression on his face. He noticed that I immediately looked at him, so he quickly left the public bathroom with a slight grin on his face. He didn’t even seem awkward even if he perfectly knew that he has been caught jerking off! A very nice experience!