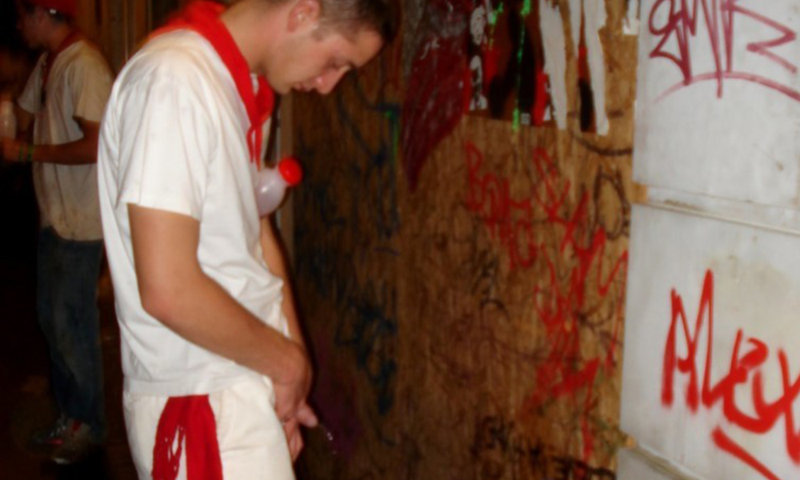 Hello guys, today I wanna share with you some hot candid shots featuring random guys caught peeing in public places like streets, parks or squares. If you’re a fan of Spycamfromguys you know that I regularly post about dude caught peeing in public: do you remember those hung guys peeing in the park during a concert? What about the drunk boys caught peeing in the street after a night out? I’m sure you’ve met a guy peeing at the corner of a street at least once. Lots of cities have areas full of clubs and pubs and especially during summer guys spend all the night in the street to drink with their friends. So it is inevitable that they need to take a wee at a certain time: if they don’t find a public toilet they don’t think twice to pull out their dicks to take a piss in public. Well, if they’re drunk it is much more likely that they don’t care about showing their cocks to pee in public, do you agree with me?

Today I have some hot candid pictures featuring nice guys caught peeing in public. Let’s start with the first shot.

I’m sure you do remember about those Spanish guys peeing in public during San Fermin celebrations: here you are another young guy caught with dick out at the corner of the street to piss. He doesn’t care about the other people in the surround: he just needs to piss!

More guys trying to hide themselves while peeing in public

Not all guys love to show off their dicks while peeing in public. There are men who try to find more “comfy” places to take a leak. Have a look at these guys caught peeing behind cars in the street.

But, these guys seem to be happy to get photographed by their friend: watch’em taking a wee after spending a night out.

Last night I was coming back home and I found two friends peeing on the sidewalk, back to back, talking to each other while holding their big cocks. It has been amazing watching two straight guys showing such manhood in the middle of the street. They were drunk and they didn’t notice that I was staring at their dicks, lol!

ARE YOU READY TO WATCH THE SPYCAM VIDEOS? WATCH GUYS PEEING IN PUBLIC – EVEN IN HD!

You know those guys who love to show off at urinals?
Guy texting while peeing in public toilet