Special: lots of guys naked in public for a festival 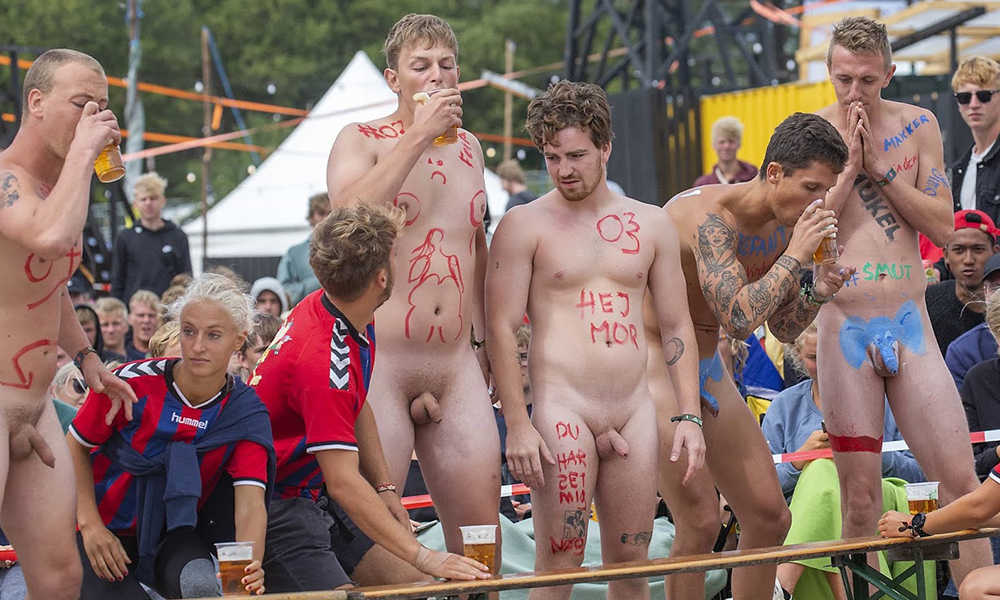 Confess it, you’ve never seen so many guys naked all at once! Me too, I’ve never been to a festival like this one, but I’d like to go one day. This is the best place to watch tons of brave guys getting their clothes off and having fun naked in public, even if there are lots of clothed people as audience. Let’s start with the first gallery. As you can see these guys are not ashamed at all, they pose naked with other girls, so they feel at ease being totally naked in public and in front of other people. Some of them drink beer, as part of the ceremony at the end of the festival. In the following pictures you’ll see cut and uncut guys, hung and average dudes… no matters how they are, they just wanna have fun naked in public.

The Roskilde Festival is a Danish music festival held annually south of Roskilde. It is one of the largest music festivals in Europe and the largest in Northern Europe. It was created in 1971 and every year it gathers lots of people from all over Europe. The naked run is part of it and I think this is the best aspect from this festival: watching so many guys running naked with their big cocks bouncing in front of 1000’s of people is absolutely exciting. As you can see, almost all these guys have uncut cocks and lots of them do not shave them: I think you’ll love to watch these dudes running naked in public. You can watch some hot videos recorded during this event from a dedicated section in the EricDeman video library too.

The one and only guy who tries to hide his cock

I could call this guy the “black sheep” as he’s the one and only dude I’ve seen so far hiding his cock with a hand during the Roskilde festival. While all guys are proud to expose their nude bodies, to cameras too, this guy is a bit shy: maybe he needs to attent two or three more editions of this great festival to feel more at ease. Anyway, his hand is small to completely hide his big dick. We can even see he has a nice bush, lol!