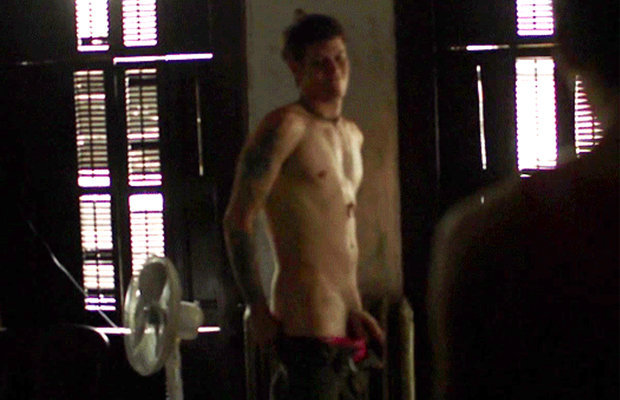 I was impressed by the latest update at Mr. Man male celeb archive: another actor showed his big dick in a movie. I’m talking about Charlie Himmelstein, a young sexy and tattooed guy who starred in Bizarre, a 2015 movie, as Charlie.

Who is Charlie Himmelstein

I heard about him as a model and a fashion photographer, but soon he decided to share his talent as an actor, and here he is: Charlie Himmelstein starred in movie Bizarre, a French drama film. In this movie he shows not only his talent, but even his big fat dick! You can watch the full lenght full frontal nudity scene at Mr. Man.

Enjoy the animated GIFs of this naked male celeb.