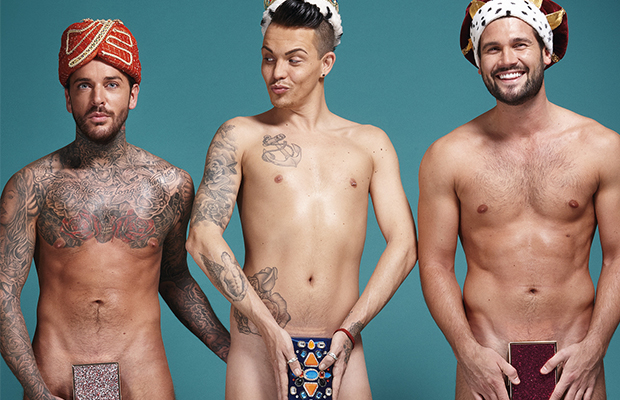 Some British reality TV series male celebs have been stripped for Christmas to congratulate us a very sexy way. Santa’s helpers have changed their costumes by others with less fabric … Do you like’em this way?

Let’s start with this amazing shot: the three guys are dressed as the three wise men…ooops… I mean undressed 😉 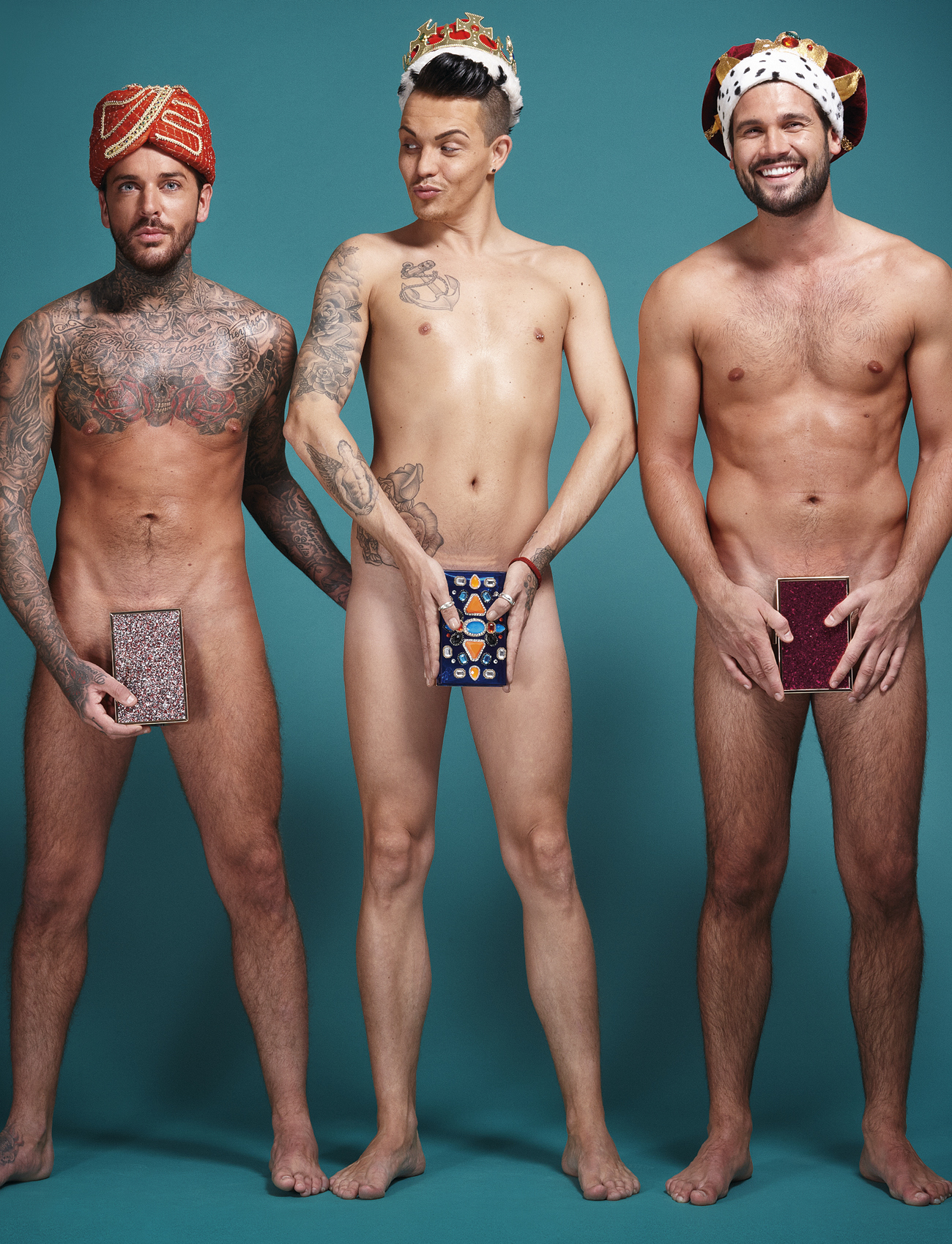 These three naked men did not come from the East, but from The Only Way Is Essex (TOWIE) a ITV2 Jersey Shore-type reality show. Do not forget their names, from left to right are Pete Wicks, Bobby and Dan Edgar Norris and come to bring you more than gold, frankincense and myrrh.

The British television beauties do not want to miss the opportunity to undress to offer their audience the best gift for Christmas. Several actors and reality TV contestants have become Santa’s helpers to wish you a happy Christmas!

Another TV star who appeared naked is James Hill, the winner of the last UK Big Brother edition. 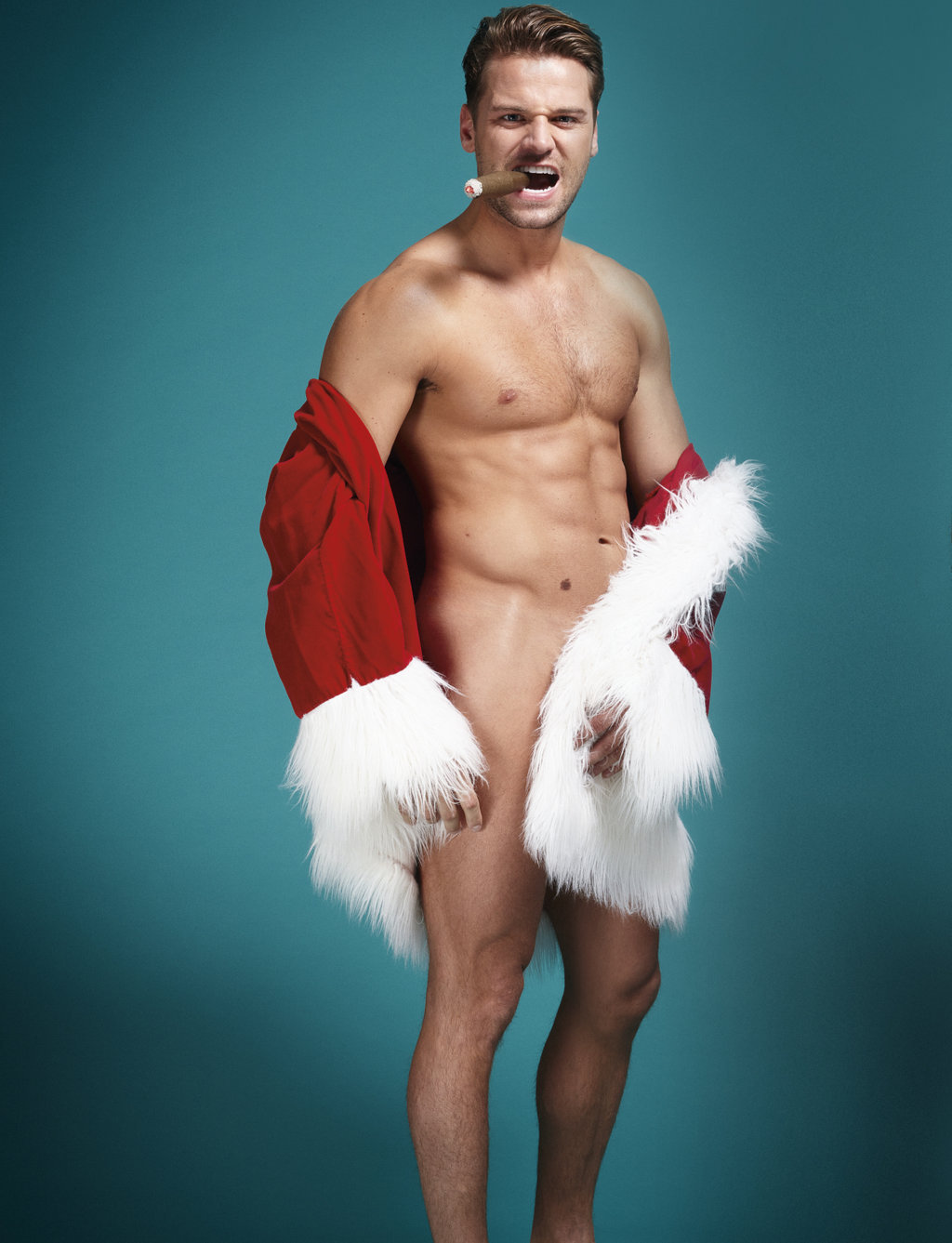 Someone wanna open these gifts? They seem to hide something really interesting. Aaron Chalmers and Scott Timlin come from the Geordie Shore house, watch’em naked! 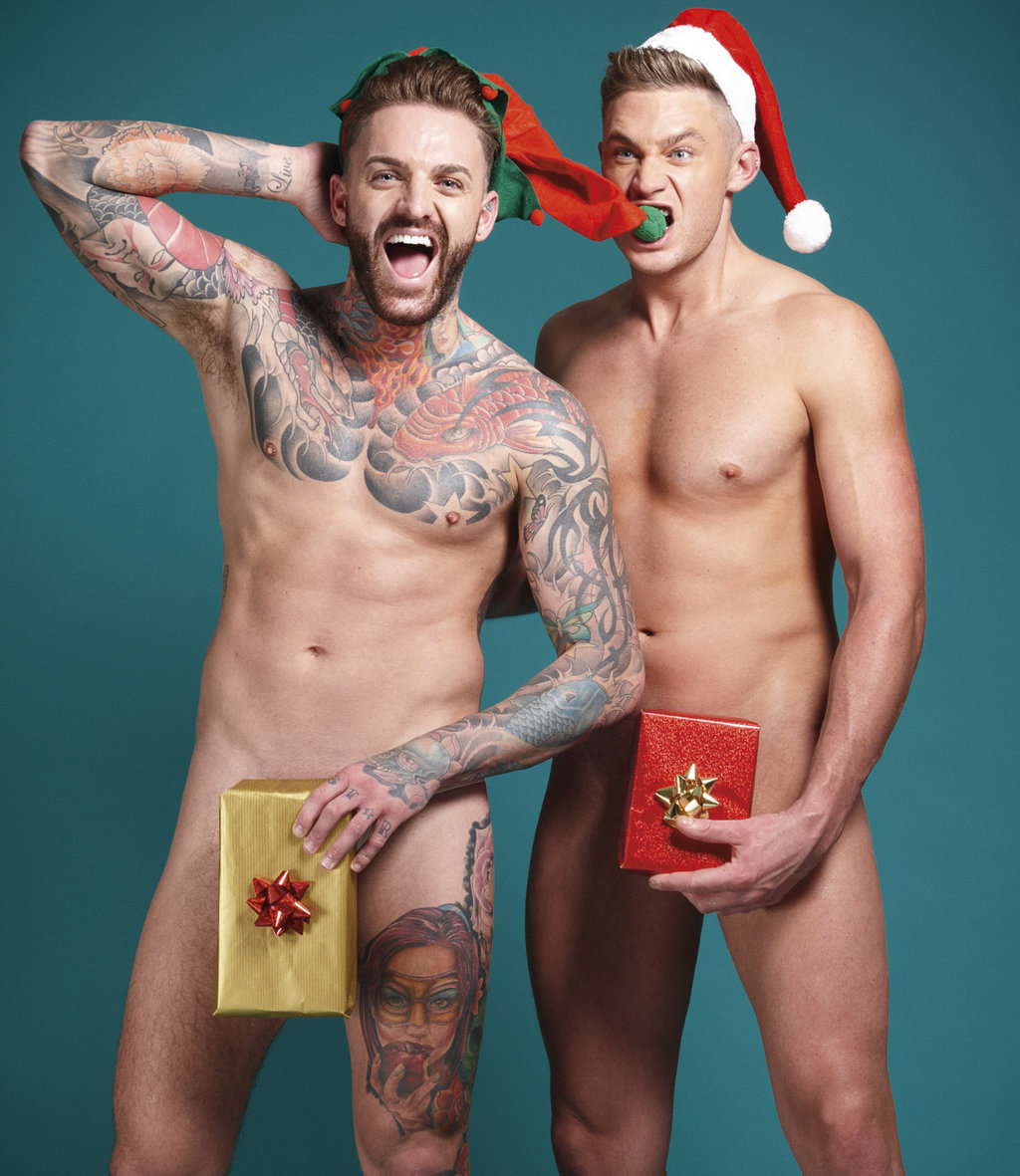 It’s snowing men! And we dropped this Snowflake, who is also a boxer and competitor from Strictly Come Dancing. Anthony Ogogo is the perfect gift for our Xmas, correct? 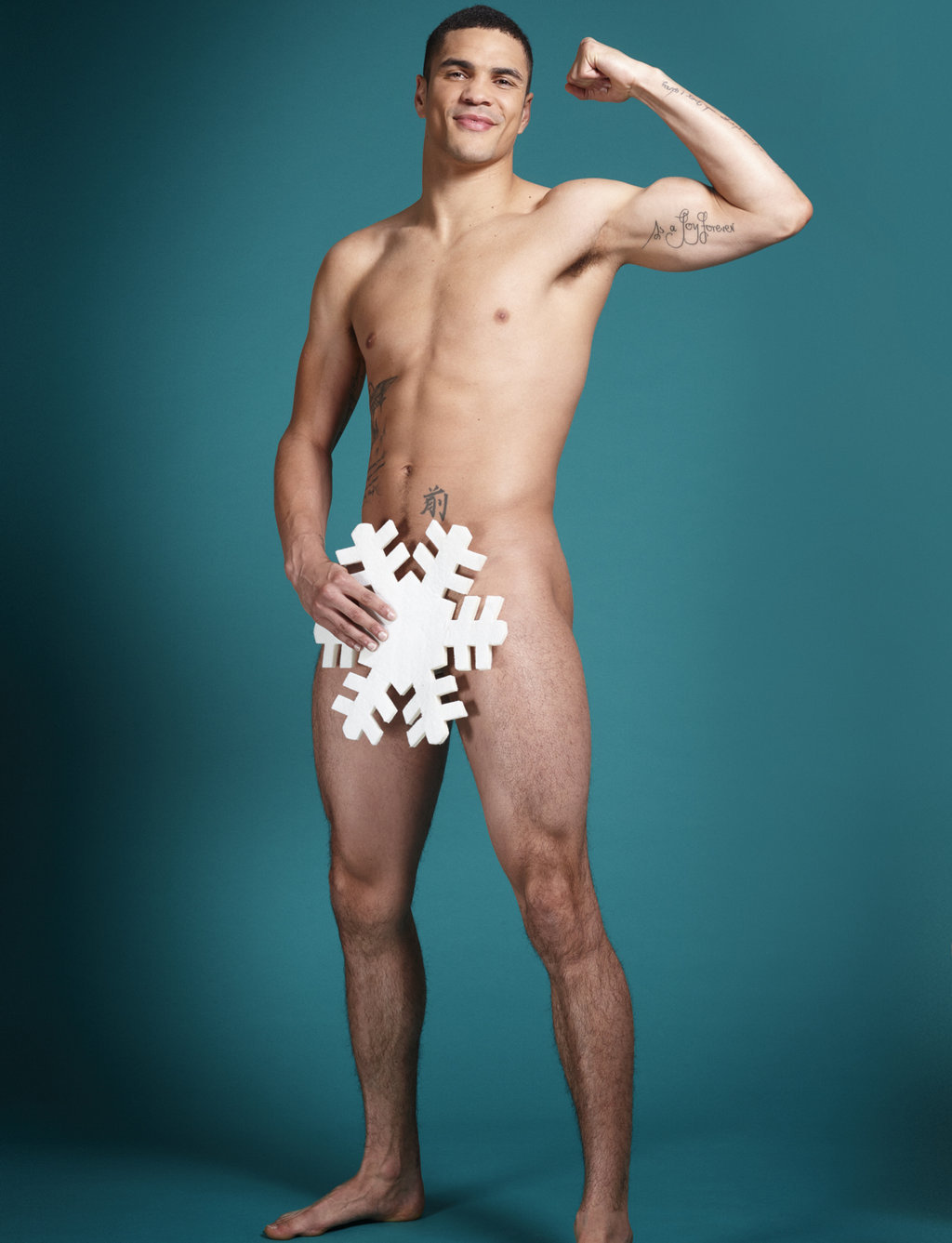 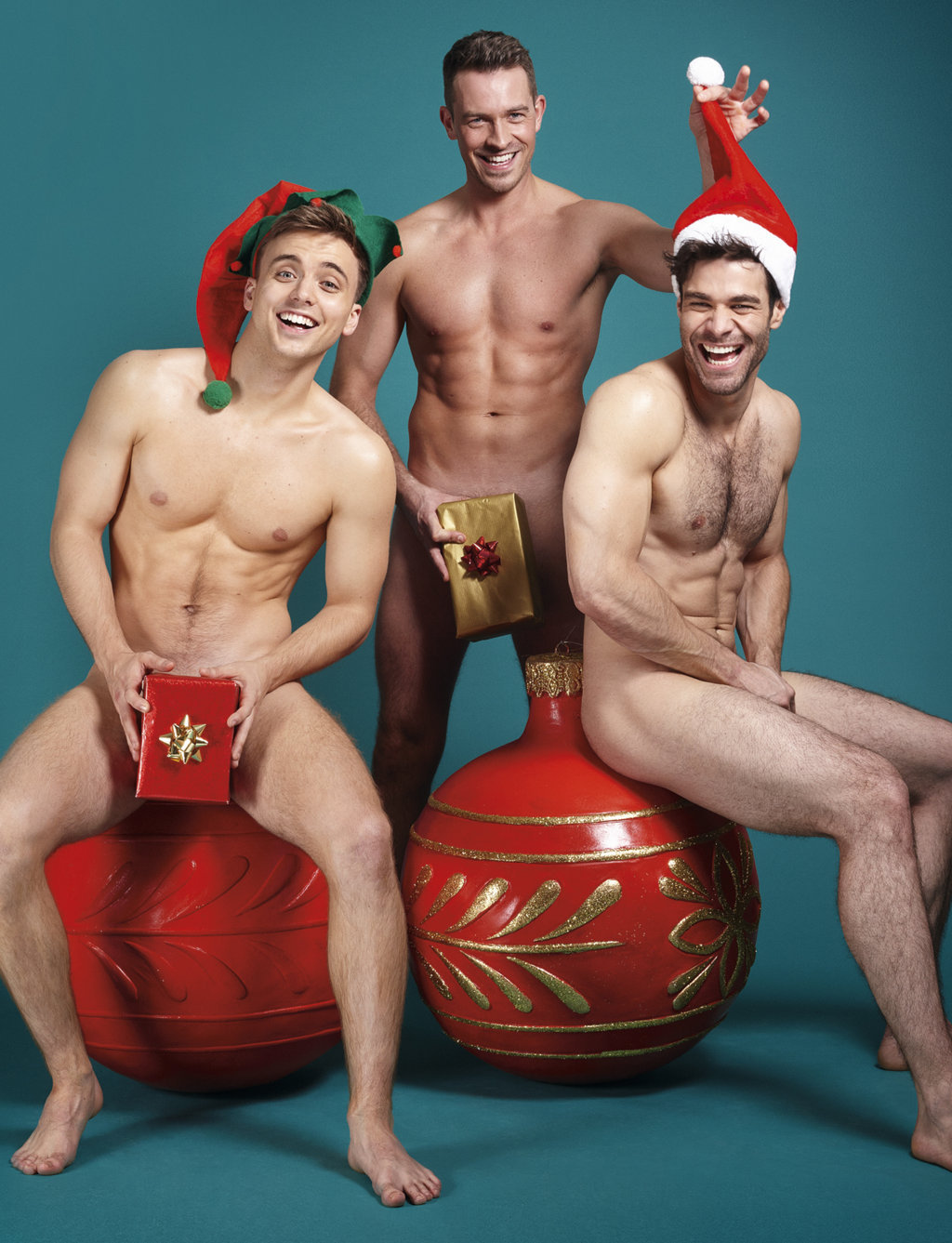 DO NOT MISS THE OPPORTUNITY TO SEE ALL THE MALE CELEBS WHO APPEARED NAKED: CLICK HERE NOW