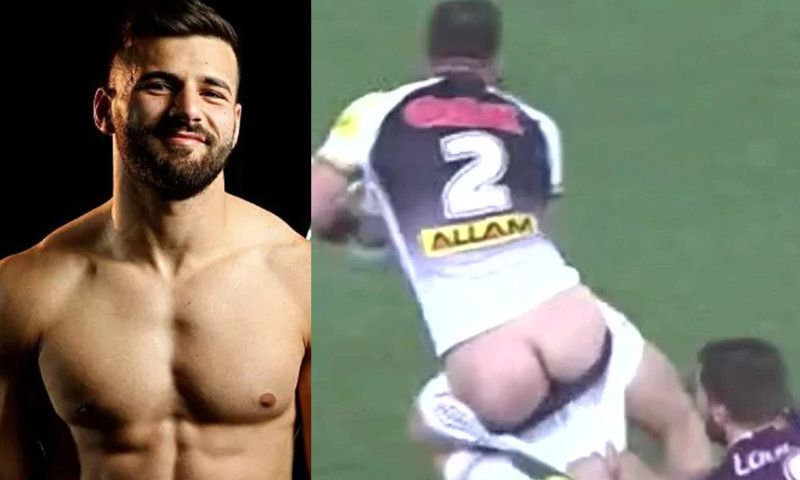 I’ve never heard of him before, and I’m pretty sure that’s the same for you. You can read more about this sexy rugby player here. Josh Mansour is a studly rugby player born in 1990 (yes, 1990)! It’s with great surprise that I can share with you the video stills of one of his glorious moments on the pitch. Watch him being pantsed by a mate during a game and revealing his ass of marble to the public!

Now it’s time to see him in action! This is one of the hottest accidental exposures from sportsmen ever. Watch rugby player Josh Mansour accidentally revealing his bubble ass during a game.