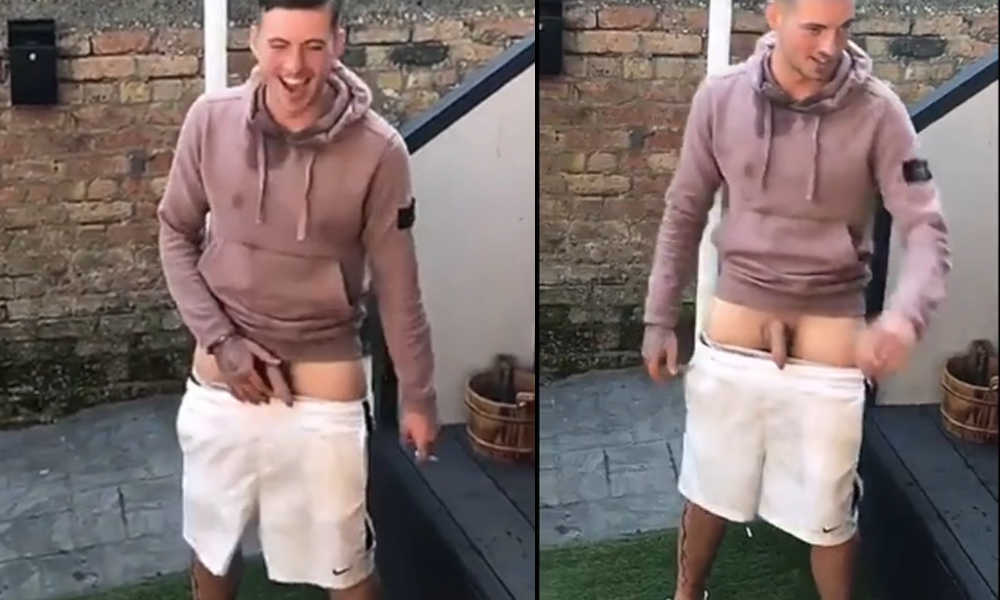 This hung guy shakes his big uncut cock in public

Just the other day I was talking about guys who like to show off in the shower in front of their other mates. Today I’m going to show you that in addition to the shower, there are many other opportunities to get your dick out and put on a bit of a show. This guy is a little drunk, he’s had too many beers, okay. But all in all he managed to make a beautiful show. His friends asked him to pull out his cock, who knows why, maybe they know that he is very hung. They challenged him to do helicopter, and he went out of his way not to disappoint them. They challenged him to be a helicopter, and he went out of his way not to disappoint them. Let’s just say he wasn’t 100% successful at making a real helicopter, but we still appreciate the effort. This straight guy showed us his uncut dick and at the end of this show he deserves a round of applause.