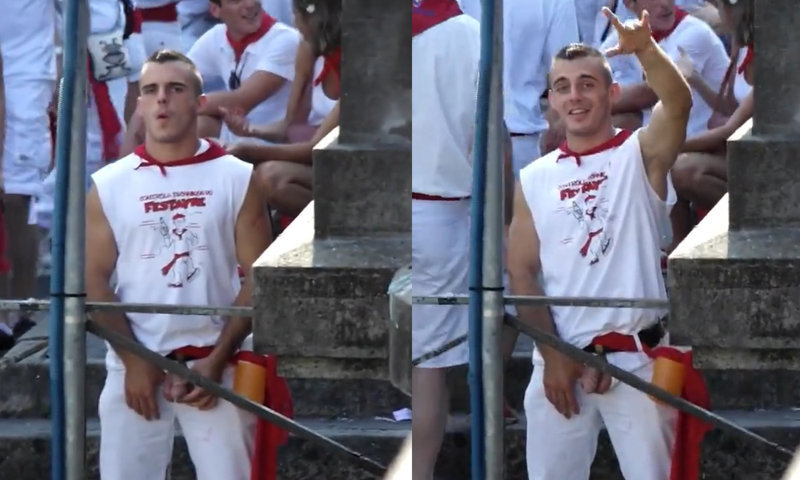 Let’s get this weekend off to a great start with an unparalleled video candid that will keep you glued to the screen for a while, I already know! As soon as I saw this straight guy with his huge cock out pissing in public I gasped and couldn’t help but share it with you. And I can already imagine your gratitude! If you’ve been following the Spycamfromguys blog for a while then you already know about the Bayonne Feria and its main upside, which is being able to catch lots of guys pissing in public without too much fuss. One of them is this straight guy who pulls out his big dick cut and also his balls to take a long piss in the river. Watch this spycam video to the end, although I don’t think this advice of mine is necessary, however, you will see how much of a bastard he is! He notices that someone is watching him and instead of putting his dick back in his underpants he continues undaunted and even smiles at everyone watching him from across the river. An outstanding spycam video: if you love spying guys pissing in public, this one deserves a prize!

CHECK OUT MORE VIDEOS LIKE THIS FROM THE #1 SPYCAM VIDEO LIBRARY ON THE NET! CHECK OUT THIS AWESOME ARCHIVE STUFFED WITH 100% REAL CANDID CLIPS