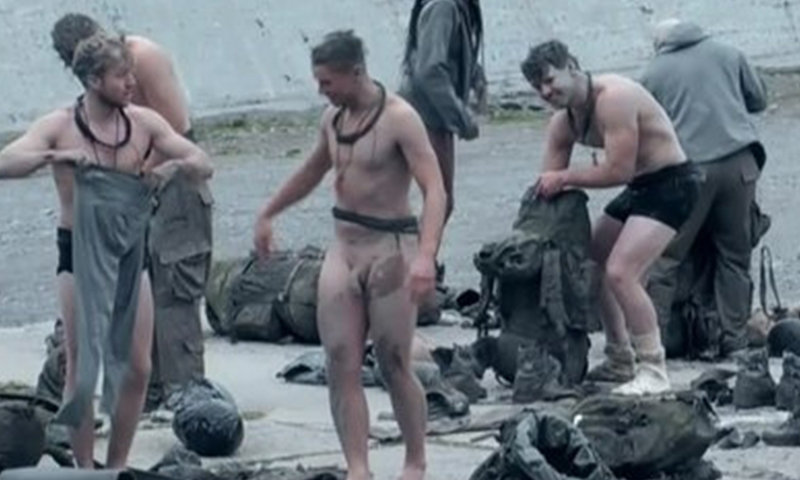 Jeff Brazier is an English television presenter and reality TV personality: you can read his Wikipedia page if you do not know him yet. He appeared totally naked on TV reality show Celebrity SAS. Jeff got naked while washing his bits alongside the other celebs – and he kicked up a fuss. Important magazines like the Sun talked about this, showing censored images and clips from the TV show.

Jeff took part in a particularly messy challenge as he was forced to endure extreme conditions alongside other stars, including Made in Chelsea’s Sam Thompson and Loose Women’s Andrea McLean.

After wrestling in thick mud, the participants were directed towards a row of sinks to wash off with nothing but a few taps spouting out freezing cold water. That’s why he got totally naked and he showed his cock on TV.

Enjoy the uncensored video and visit EricDeman to see much more!