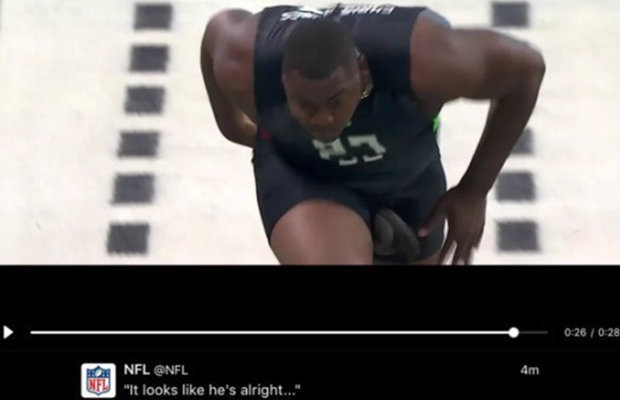 It happened during the race on the 40 yard line in the NFL Combine that Chris Jones has had a curious accident. The athlete of the Mississippi had just started to run down the track when his penis jumped out of his shorts. TV images show how the runner is soon noticed what was happening and had thought to throw himself to the ground in order to cover his big dick.
Too bad, though, that the event was broadcasted live on television, and that the incident was seen by millions of viewers across the United States. And, inevitably, much of the press has certainly not held back from telling the funny and embarrassing accident.

Now we have all the pictures of his accidental exposure revaling his big cock popping out of his shorts, enjoy! I also have a funny animated GIF from this sportsman, scroll down to watch.