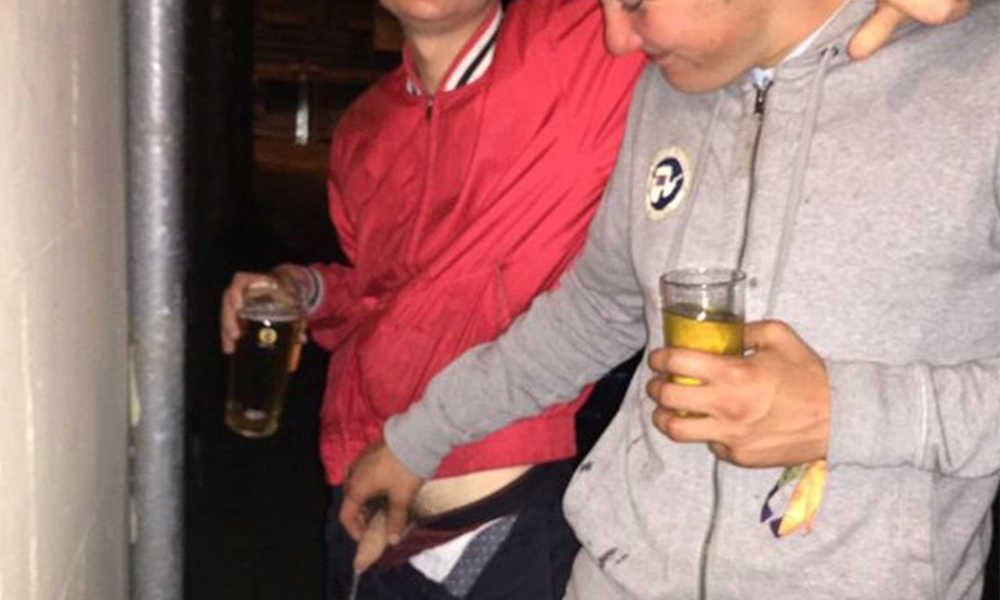 We’ve seen guys pee in their own mouths, we won’t be shocked to see other guys pee on the floor or in a sink. But today’s photos are really hot and a little weird too. The cover photo is the one that’s a little more quirky, maybe because that guy is holding his friend’s dick in his hand while pissing. But he doesn’t make any bends, he gladly gets help. A helping hand is always welcome. As for the other two boys: in order not to make him dirty the floor of the balcony, his friend holds up a glass and makes him piss in there. Then there’s the usual goody-goody who pisses in the kitchen sink: a scene we’ve seen before, but his uncut dick is too cute! Another very funny scene is to see two guys who, in order to piss at the urinals, pull down their pants, so they show their delicious asses too. It will be a nice surprise for anyone who enters the restroom at that time! The last picture is no less, in fact it is really awesome. First you should take a look at how many bottles of beer are in this room to understand the mental state of this guy: in the grip of alcohol, he leans with his hands on the wall and pisses on the floor. Will he clean up after himself?