Real straight guys who love to show off 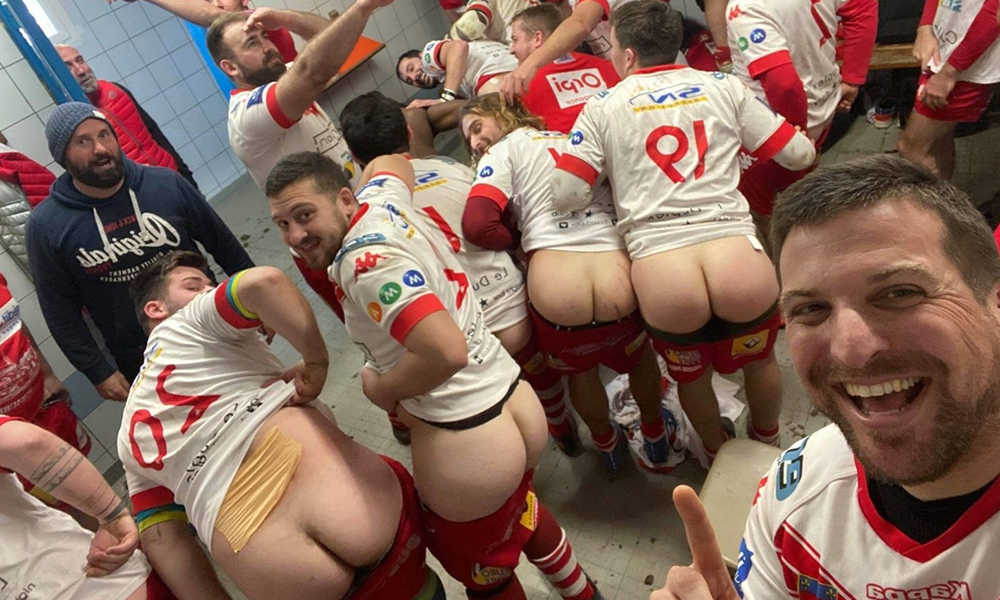 Any situation where these guys are in a group, and maybe after having a few beers, becomes an opportunity to show themselves naked and get their dicks or asses out. I’ve always said this and I firmly believe it. And today I want to give you yet another demonstration of that. With this roundup of photos of real straight guys, you’ll realize that it takes very little for them to take off their clothes and show off. These are all different situations, but the common thread is only one: if a friend of theirs picks up the phone to take a picture or a video, for them it’s like the curtain of a theater goes up, and they are ready to give their best. Let’s see what these straight guys have been up to.

As the first photo I chose one that I think will make all of you happy. A group of four soldiers, two of them a little shy and in fact they cover their dicks with their hands, the other two a little more exhibitionist. It’s a mixed group, someone prefers not to shave his dick, one of them likes to have it totally smooth. Only one has tattoos, the others don’t. In short, there is something for everyone.

Locker room, sauna, hotel room: any place is good to show off

Now let’s gear up and go see where these straight guys thought to show off their assets. The hotel room is a classic: this is where guys start their parties before they even leave. At least one bottle of vodka is always present in every hotel room during a vacation. This facilitates them in their shenanigans, if we want to call them that. If a hotel room is shared by more than three guys, fun is guaranteed. How many photos are taken while the guys are changing, while they are in the bathroom, while they are showering, or maybe even while they are sleeping and are caught off guard by their mates. Below I will show you two photos taken in hotel rooms: a guy poses naked and their mates are surprised by the size of his cock. Another guy opens the shower towel and proudly shows his big uncut cock. Both with a big smile on their faces!

The sauna also proves to be a place where you can show off and have fun. In theory, you go to the sauna to relax, stay quiet and enjoy the heat to reinvigorate yourself. But these guys may have misunderstood, or they have their own way of enjoying this moment: beers in hand and dicks out!

Now let’s talk about the locker room, both those of a normal gym and those of professional sports teams. It also risks being obvious, but how can you not show off naked in front of your teammates after a game? In these two photos you will see that this is now the rule! A guy is sitting in a chair while his teammates shower. It’s a very messy and dirty locker room, but he takes the opportunity to spread his legs and show off his uncut cock, and he does it with great pride. The other photo is something wonderful. I think we’ve never seen so many asses all at once. These ruggers pose and lower their shorts to show off their marble asses to the camera. Hey, there are also the ones standing on the bench, don’t miss them!

Fun on the bus: rugby players flashes his dick and his mate grabs it